The full story below, can be found on Raytheon Australia’s website here.

Raytheon Australia and the Department of Defence have together signed the contract for Project JP2008 Phase 5B1 to provide the Australian Defence Force (ADF) with increased mobile satellite communications.

This provides the ADF with an in-country partner for its current and future satellite communication challenges.

Raytheon Australia’s managing director, Michael Ward, said the company is pleased to be given the opportunity to provide this vital capability to the ADF.

“At a time when communications is so vital to the ADF and when Australia is only one of a small select number of allied nations that is able to use the WGS system, it is particularly important to have a trusted partnership as exists between Defence and Raytheon Australia to contribute to this activity,” he said.

“As the Minister said in his statement, satellite communications are a critical enabler of ADF operations, connecting our troops on the ground with command and control, intelligence, geospatial and logistics information – we are delighted to be helping the ADF achieve mission success providing this capability.”

To achieve this, Raytheon will draw on its demonstrated expertise as a substantial Australian prime systems integrator to work with its technology partners to integrate specially selected components together in a fully networked satellite communication system.

The company is working with L-3 to provide the terminals and Clearbox Systems to provide an Australian-developed centralised monitoring and control system that will allow the managing and control of the satellite assets.

As part of JP2008 Phase 5B1, Raytheon Australia has been awarded the contracts for both the acquisition and the five-year sustainment period.

The contract signing completes another phase of JP 2008, a multi-phase satellite communications project that is one of the key pieces of the network centric communications capability.

The project is centred around the US WGS system, which is a constellation of 10 satellites, designed to provide secure global military communications in the X and Ka bands.

In his media release announcing second pass approval for JP 2008 Phase 5B1, the Minister for Defence, Kevin Andrews, said the project would provide a significant increase in Defence’s satellite communications capabilities, including the first large terminals capable of adequately supporting deployed headquarters.

“Australia requires assured access to space services for both national and economic security, and this is yet another important step forward in developing Australia’s defence force capabilities,” Mr Andrews said. 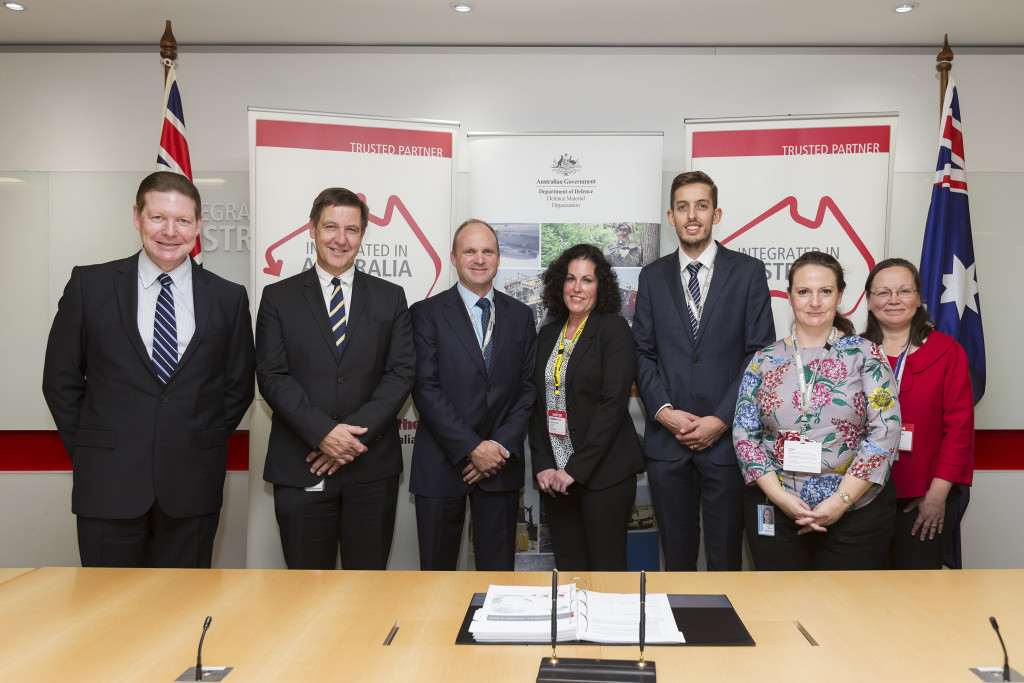